This Bright Spot describes how the Arizona Coalition for Military Families and the Be Connected® program support the mental health of service members, Veterans, and their families.

Challenge: Service members and Veterans are at increased risk for suicide

There are more than 20 million Veterans in the United States, and more than 500,000 living in Arizona. Arizona Violent Death Reporting System data from 2015 show that Veterans of all ages in Arizona are 3 times more likely to die by suicide than non-Veterans—and Veterans age 65 years and older are at 4 times greater risk.1,2 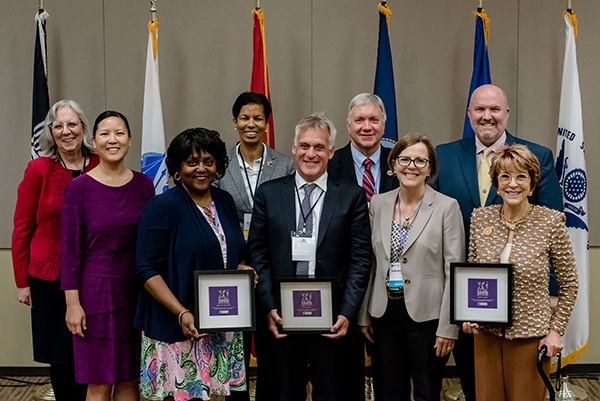 The Arizona Coalition for Military Families aims to improve quality of life for service members, Veterans, and their families (SMVF). It also builds the state’s capacity to provide a continuum of care for these groups that includes suicide prevention, intervention, and postvention. In 2016, Arizona was designated as a pilot program state under the Clay Hunt Suicide Prevention for American Veterans Act, a federal law aimed at improving mental health care for Veterans and strengthening collaboration between communities and the U.S. Department of Veterans Affairs (VA)3. The late Arizona Senator John McCain was instrumental in getting the state designated as a pilot program, and his office helped launch Be Connected®, the Coalition’s suicide prevention initiative.

Strategies: An "upstream" approach and a focus on partnerships

Be Connected® uses an “upstream” approach to suicide prevention—designed to reach people before they’re in crisis. “Suicide prevention is often equated with crisis intervention,” says Winkel. “But the goal of Be Connected® is to prevent people from reaching crisis mode.” A key component of the program is a free support line, which anyone in the SMVF population can call. Be Connected® team members are trained to connect callers to resources addressing a variety of needs—and to refer people who are in crisis to specialists.

The Be Connected® team also recognizes that external stressors—like access to housing, health issues, and employment—take a toll on Veterans and their families. That’s why it works to ensure that Veterans have the supports and connections they need, by making sure that decision-makers consider Veterans when developing and evaluating policies that impact issues like workforce planning and behavioral health.

Be Connected® relies heavily on partnerships between local, state, and federal government. Winkel stresses that this is new territory. “There are few ‘templates’ for these partnerships,” she says. “They require funding from multiple sources—plus very high levels of coordination, cooperation, and buy-in. We need adequate infrastructure at each level in order to successfully implement these programs.”

Currently, the Governor’s Office, the Arizona Department of Veterans’ Services, VA, and many other public- and private-sector stakeholders work together to implement Be Connected®.

Impact: Real-time support for service members, Veterans, and their families

A study funded by the Centers for Disease Control and Prevention (CDC) and the CDC Foundation found that the SMVF population is using the Be Connected® support line exactly as intended, consistent with the program’s focus on prevention. For example, over 3 months in 2019:4

Winkel says that Be Connected® support line team members often connect Veterans to VA care. But it goes beyond that: “They’re a wide open door for callers who need help,” she says. For example, one navigator helped a Veteran access a computer so he could attend a telehealth visit during the COVID-19 pandemic. And another found a pet-sitter for a caller so he could get substance abuse treatment.

The program’s success hasn’t gone unnoticed—Be Connected® has gained national recognition, and it’s been recognized at a federal policy level. In 2019, it was featured at the signing ceremony for the Executive Order on the President’s Roadmap to Empower Veterans and End a National Tragedy of Suicide, or PREVENTS.

Looking Ahead: A tailored approach to reach people most at risk

The Coalition is currently collecting data on Veteran suicides across Arizona to identify “hotspots,” or different demographic groups disproportionately affected by suicide. Winkel says this data will be critical in continuing the transition from a focus on crisis intervention to an approach that includes prevention. “You’re not going to individually treat your way to zero suicides,” she says.

As data become available about who’s at the highest risk of suicide, the Coalition will develop a tailored approach for these groups. Since suicide rates aren’t consistent across the Veteran population, it will require cross-sector collaboration—different organizations will play a role in creating policy and programming that can better target people who need help.

Reflecting on the successes to date of Be Connected®, Winkel says it really comes down to foundation and collaboration: “Build the strong foundation, bring together stakeholders, and focus on collective impact. Together, you can get it done.”

4 Data provided by the program