This Bright Spot describes how the state of Tennessee has worked to reduce healthcare-associated infections by publicly reporting infections and targeting prevention efforts.

Health care-associated infections (HAIs) are a significant cause of illness and death1 in the United States. About 650,000 patients get HAIs every year—and on any given day, 1 in 31 hospital patients has an infection related to their care.2

Central line-associated bloodstream infection (CLABSI) is a serious HAI that causes thousands of deaths in the United States every year.3 In the early 2000s, public health professionals in Tennessee knew they had a problem with CLABSIs. They also knew that public reporting on how often these preventable infections were happening in Tennessee health care facilities would be a critically important piece of the puzzle. 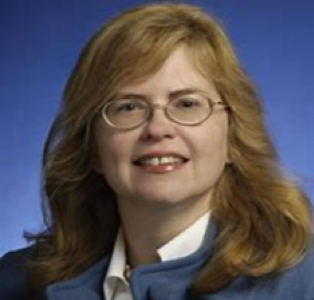 In 2005, the Tennessee Department of Health (TDH) Healthcare Associated Infections & Antimicrobial Resistance (HAI & AR) Program convened a multidisciplinary advisory group of health care professionals to discuss the need for transparent reporting of HAIs. The group aimed to provide specific recommendations to policymakers for a new bill designed to lower rates of HAIs in Tennessee. After several in-person meetings, the group recommended that the bill include a measure requiring health care facilities to publicly report CLABSI rates in intensive care units (ICUs).

Dr. Marion Kainer directed the TDH HAI & AR Program for nearly 17 years, and she was a member of the advisory group that came together in 2005. She says that mandated public reporting ensures the kind of transparency needed to make progress in reducing HAIs. “Hospitals don’t want to be embarrassed,” Kainer says. “They want to measure up to their peers. So the ‘peer pressure’ can really help drive improvements.”

State policymakers drafted the bill on public reporting of HAIs—but Kainer says that initially, the bill’s language didn’t fully reflect their recommendations. Members from the advisory group then met with the sponsor of the bill and helped draft language that better translated their recommendations into law.

As a result, in 2006, Tennessee legislators passed a law requiring that health care facilities report data on CLABSI rates to TDH—and that this data, including the names of the facilities, be made available to the public online. This law made Tennessee one of the first states to require the use of the Centers for Disease Control and Prevention’s (CDC) National Healthcare Safety Network (NHSN) to report these infections.

After health care facilities started reporting CLABSI rates to TDH in 2008, they saw fewer CLABSIs at smaller hospitals—but not in the larger facilities. Overall, they weren’t moving the needle on reducing CLABSI rates.

“That told us that we had to go beyond a blanket approach and really target where we had the biggest opportunities to have an impact,” says Kainer. TDH used CDC’s Targeted Assessment for Prevention (TAP) Strategy to focus on these opportunities, which Kainer says has been central to their efforts to reduce HAIs across the state.

Tennessee has seen significant reductions in HAIs since 2008. For example, between 2008 and 2014:

Seeing these reductions in HAIs was enormously satisfying for Kainer and her team, who never lost sight of their goal to improve patient safety in Tennessee. Says Kainer, “That was the bottom line, our North Star: How can we keep patients safe?”

Reflecting on these successes in Tennessee, Kainer comes back again and again to the importance of data. “You don't know how big of a problem you have or where you need to target your interventions without timely, high-quality data,” she says.

Kainer says that in Tennessee, a lot of hard work has gone into collecting, validating, and analyzing data to help drive change — particularly since the state passed the 2006 law requiring the reporting of HAI-related data. And although these efforts have been successful, Kainer stresses that there’s more work ahead.

“Our goal should be really be zero preventable infections,” she says. “Every infection we haven’t prevented is one infection too many.”