On October 31, 2018, the National Clinical Care Commission held its inaugural meeting in person at the National Institutes of Health (NIH) in Bethesda, MD. The Commission, a newly established federal advisory committee, is charged to evaluate and make recommendations regarding programs of the U.S. Department of Health and Human Services (HHS) that focus on preventing and reducing the incidence of complex metabolic or autoimmune diseases that result from insulin-related issues. The Commission will provide recommendations to the HHS Secretary and the U.S. Congress on coordination and leveraging of these federal programs. This first meeting featured interagency presentations and public comments, and it set a foundation for future committee work. It was open to the public and is now available via a recorded videocast. 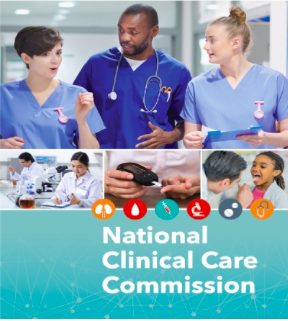 Diabetes is a commonly known example of a metabolic or autoimmune disease resulting from insulin-related issues. According to the 2017 Diabetes Statistics Report by the Centers for Disease Control and Prevention (CDC), 30.3 million people in the United States have diagnosed or undiagnosed diabetes. Worldwide, diabetes affects more than 415 million people. Over 84 million adults in the United States have prediabetes, with older adults having the highest rate of prediabetes — and approximately 200,000 youth under age 20 are affected by diabetes.

Researchers at CDC and NIH have found that from 2002 to 2012, the incidence of type 1 diabetes diagnosis in youth increased by about 1.8 percent each year. During the same period, the rate of newly diagnosed cases of type 2 diabetes increased even more quickly, at 4.8 percent. Diabetes care and management was estimated to cost the United States over $327 billion in 2017.

Numerous federal programs are stepping up to the challenge of reducing the incidence and prevalence of diabetes. Some examples featured in the Committee’s first meeting included:

The Commission will take the lead in evaluating these diabetes programs — and many others — to identify gaps and reduce overlapping efforts.

The Office of Disease Prevention and Health Promotion (ODPHP) is responsible for managing the Commission’s activities over the next 3 years. To help the Commission achieve its charge, ODPHP will work with the Commission to engage federal and non-federal partners, develop an operating plan, establish subcommittees, and lead efforts to improve diabetes care. The Commission invites public comments at any time throughout its lifecycle — you can send comments to OHQ@hhs.gov.
In honor of this National Diabetes Month, sign up for email updates to receive announcements about the Commission, including more in-person and virtual meeting dates.