Suicide is a serious public health problem in the United States. In fact, the Healthy People 2020 objective to reduce the national suicide rate is among the initiative’s Leading Health Indicators, making it one of the highest-priority targets of the decade. Colorado has seen a particularly high number of suicides over time—it consistently ranks in the top 10 states for suicide deaths in the country.1 In 2013, suicide was the seventh leading cause of death in Colorado—and from 2009 to 2013, suicides outnumbered deaths from car accidents, poisoning, falls, and homicides.2 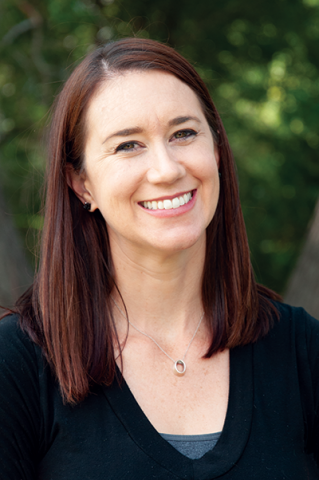 Programs working to prevent suicide in Colorado face unique challenges, explains Sarah Brummett, Director of the Office of Suicide Prevention. She points to a shortage of mental and behavioral health providers, a lack of resources for mental health services in rural areas, a higher proportion of firearm-holding households, and Colorado’s status as a local control state (which prioritizes local policies over statewide initiatives).

Strategy: Make meaningful use of data

The Suicide Prevention Commission makes evidence-based recommendations annually to the state legislature. It functions like an advisory board, making key issues in suicide prevention more visible to decision-makers. The Commission has also set the ambitious goal of a 20% reduction in the suicide rate by 2024.

Brummett emphasizes that the Commission relies heavily on data and data improvements to craft recommendations and priorities for the state. To inform its recommendations, the Commission uses data from the Colorado Office of Vital Statistics, the Colorado Violent Death Reporting System, the emergency department (ED) and hospitalization dataset, and additional sources.

The Colorado Department of Public Health and Environment also makes suicide death data available publicly via an interactive online data dashboard. Local partners can use this data to assess and demonstrate the impact of suicide in their communities, which helps them identify prevention priorities and secure funding for initiatives.

Since there are many community factors that play a role in reducing or increasing a person’s risk of suicide, the Commission has made recommendations for policies that address many social determinants of health—including household financial security and housing stabilization.

That’s one reason the Commission’s public-private partnership has been such an asset—it allows them to bring new partners to the table and expand the number of experts across the state who are advocating for change within their spheres of influence.

The Office of Suicide Prevention has also involved the firearm community in its prevention efforts—a partnership that Brummett says is ultimately built on the shared value of safety. The idea is to empower firearm owners and retailers with information and resources to ensure that people in crisis don’t have immediate access to a firearm, which can save lives.

“It’s not often the first place that people start, but there's really fertile middle ground for injury prevention professionals and the firearm community to partner along those shared lines,” she says.

Through advocacy, innovation, and partnership, the Commission has made huge gains in building a strong infrastructure for suicide prevention, intervention, and postvention (support for individuals, families, and communities after a crisis).

For example, when the Commission formed in 2014, it leveraged an existing unified crisis system for a pilot project to connect people discharging from EDs after a suicide attempt or mental health crisis with caring outreach and support. Seven hospitals participated during the pilot period. Brummett estimates that there are now 36 participating hospitals—and that the project will go statewide in the fall of 2020.

Linda Newell, a former Colorado legislator, sits on the Commission and served as a direct link to the legislature. During her first 2 years on the Commission, Newell routed a bill to support implementation of the Zero Suicide model within Colorado health care systems.

“Having that bill on the books allowed us to engage with more health system partners to secure additional federal funding to support the initiative and work with other state departments on a unified strategy for supporting our health care system,” Brummett says.

Suicide rates have leveled out since they began increasing following the recession in 2008. They’ve remained between 19 and 21 deaths per 100,000 people for the last several years leading up to 2020.4 “And while there’s still more work to do,” Brummett says, “the first step in seeing a decrease is to stop the increase.”

Looking Ahead: Bring more voices to the table

Going forward, Brummett says the Commission hopes to expand its makeup to be more representative of all Coloradans. For example, she notes that the Commission currently lacks sufficient representation from rural areas and communities of color.

Brummett says this is a common problem with bureaucratic systems—which usually aren’t set up to empower community voice or voices of lived experience. “We need more voices of the community and from marginalized populations at the table from the very beginning, when the groundwork is being laid,” she says. “That’s essential for making sure we’re taking a shared power lens and doing the work right from the beginning.”