Accessible Health Care for All: Negotiations to Break Down Barriers in Massachusetts

Legal and policy approaches can be important tools for achieving healthier communities. A new report—The Role of Law and Policy in Achieving Healthy People’s Disability and Health Goals around Access to Health Care, Activities Promoting Health and Wellness, Independent Living and Participation, and Collecting Data in the United States—provides evidence-based information and identifies priority areas that can help communities achieve Healthy People 2020 objectives.

This Bright Spot describes how the Boston Center for Independent Living—with legal assistance from key partners—set out to make health care more accessible to people with disabilities in the Boston area.

About 1 in 4 people in the United States—or more than 85 million people—have a disability.1 While policies like the Americans with Disabilities Act (ADA) set national standards for preventing discrimination, many people with disabilities still don’t have adequate access to health care.

Strategy: Incorporate accessibility into all aspects of health care

The Boston Center for Independent Living (BCIL) set out to help address the disparity in health care access for people with disabilities in the Boston area. With legal representation from Greater Boston Legal Services (GBLS) and the Disability Law Center (DLC), the BCIL team began investigating the relationship between funding from the Massachusetts Medicaid program, known as MassHealth, and the health care actually provided through the plan.

Under federal law, health plans that contract with a state Medicaid agency must be able to show that their network of health care providers is able to meet the needs of their patients on Medicaid. “That has evolved, both in federal law and in practice, to include the concept of accessibility,” says Dan Manning, associate director/litigation director at GBLS. “So in order to have an adequate network, you need providers with accessible facilities and equipment.”

It turned out that many MassHealth providers were not accessible to people with disabilities—and for a variety of reasons. BCIL decided to focus specifically on increasing access to medical equipment that’s appropriate for people with disabilities, like adjustable exam tables or scales for people who can't stand on their own. They hoped that convincing providers of the need for accessible equipment would pave the way for addressing other important accessibility needs.

GBLS and DLC prepared a lawsuit against MassHealth based on the investigation, but fortunately they were able to negotiate instead. As part of the negotiations, MassHealth incorporated important accessibility standards—starting with accessible equipment—into existing provider contracts. The negotiation process also led to some promising new programs, like MassHealth’s Hospital Incentive Program.

Now in its third year, the program is requiring hospitals to evaluate the results from previous surveys and expand future surveys to include other types of diagnostic equipment. This will help develop a methodology for tracking health care barriers for patients with disabilities.

Another initiative that’s grown out of these negotiations is the MassHealth Provider Access Improvement Grant Program (PAIGP), which offers grants to small practices or health care providers that can’t afford accessible equipment. It provides up to $25,000 for qualifying providers, and $10 million has been set aside for the 5-year period. MassHealth has also established and promoted an online directory that specifically highlights accessibility information about network providers and practices. 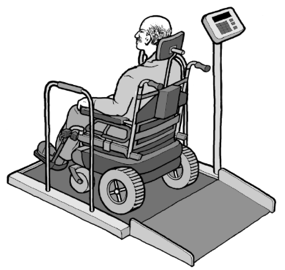 Manning feels confident that MassHealth is taking steps to increase access to health care for people with disabilities as a result of these negotiations—and that there have already been improvements. MassHealth providers have reported that they’re much more aware of the needs of patients with disabilities, and the new programs are gaining ground. For example:

While there’s been progress, Manning notes that there’s still lots more work to do. He points to the online directory of providers as an example: “It’s a strong start, but there’s still a long way to go to get the information to the people who need it.” 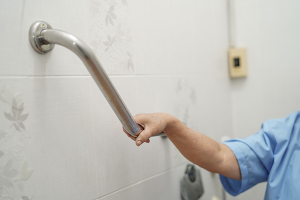 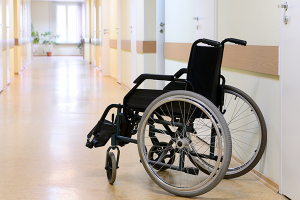 Lesson Learned: Go to the source

In the big picture, he points out, health care is complicated—and pretty much everyone has concerns about it. “We can’t ask for a worry-free system. But we can hope for a system where people with disabilities feel like they can get the care they need when they need it—and that providers will understand them, listen to them, and do the right thing.”