Present choices one at a time.

Avoid asking users to make more than 1 choice at a time. This will help keep users from getting overwhelmed.87

Healthcare.gov asks users questions 1 at a time before they can see information about health care costs in their area. 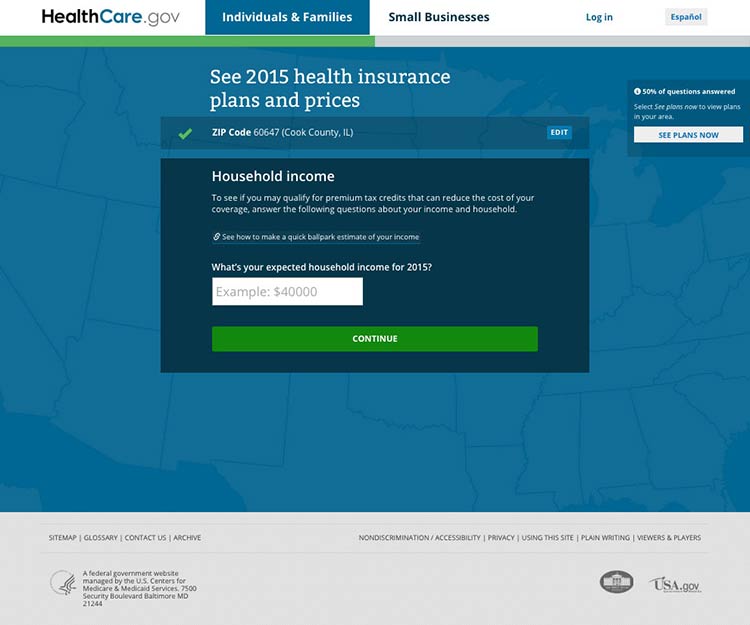 Show that the graphic or tool has changed with visual cues.88

Users interact with a graphic or tool using controls. Include commonly used controls that will be familiar to users—for example, radio buttons, drop-down selections, and autocomplete fields.87

Make it easy to start over.

Allow users to easily clear their choices and start from the beginning.87 You may want to include a “Start Over” button for forms or tools that have multiple pages.